Film speed was a critical issue to grasp back when film was the sole medium for photography. It measures how rapidly an image was imprinted on film; in other words, the measure of light sensitivity. But the use of films is no longer dominant in digital photography. So, you may wonder, what is the equivalent of film speed in digital cameras?

Digital cameras measure the light sensitivity of their sensors using the measure ISO, followed by a range of digits. The ISO number can be seen on the film canister and the package. So, basically, sensitivity in advanced photography is equal to ISO equivalency or film speed.

The ISO number determines the speed or the sensitivity of your film or sensor to light. A higher number will increase the digital camera sensor’s sensitivity to the light and vice versa.

This article is an all-out effort from my side to help you understand everything about ISO on digital cameras. At the end of the article, you’ll have a detailed idea about-

I know, that’s a lot! But bear with me because in for a smooth ride!

What Is Film Speed in Photography?

Film speed measures the sensitivity of the film you’re using. “Film Speed” was commonly used for older generation film cameras. You’d always see a number on the film’s box that represents how sensitive it is to light.

The higher the number is, the lower the exposure, meaning you’ll get a  picture with high grain and noise.

On the other hand, lower film speed will result in more precise and more detailed pictures.

However, both high and low film speed have their benefits and drawbacks. We’ll get into that later in the article. But for now, let’s see what the equivalent of film speed in digital cameras is. 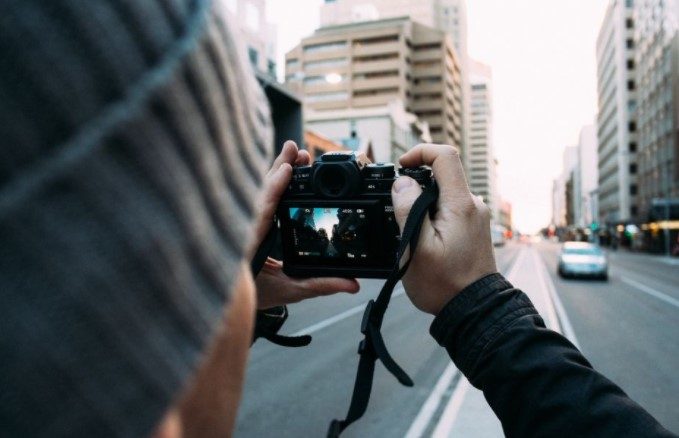 What is ISO in Photography?

While the term film speed was used for film cameras, ISO is used for the same purpose in digital cameras. There are not many differences between them based on their functions. However, unlike older cameras, a digital camera enables you to change the sensor’s sensitivity anytime you want by simply rotating buttons.

In today’s ISO speed rating system, the speed of a film is two digits. More information about numbers for different film speeds may be found in our subsection film speed rating.

In low-light situations, a photographer may use a completely wide aperture to allow the most light into the camera. In the meantime, the shutter speed should be slow to expose the camera for a longer period. The camera will require less light to snap a picture because of the quicker film speeds.

To adequately expose a scene, a quicker film needs either a smaller f-stop or a faster shutter compared to a slower film.

What Is The Equivalent Of Film Speed In Digital Cameras?

As I mentioned before, ISO is a set of numbers representing a film’s sensitivity to light. You must adjust the aperture, shutter speed, and film speed to produce the optimum exposure.

The ISO setting instructs the camera on what other settings to employ to get proper exposure. Thus, ISO rates for high-end cameras range from 20 to 6400.

Below I have categorized different ranges of ISO settings and explained what they actually mean.

Low-speed films often have ISO speed values ranging from 20 to 200. These films are mostly utilized when there is a lot of light available when photographing. Slower shutter rates help the lens catch more details in the photograph.

The finer the granularity, the lower the ISO rating. As a result, if you intend to enlarge a photograph, you should choose the lowest ISO setting feasible. Cameras with low ISO values are ideal for outdoor photography, especially on bright, sunny days.

ISO 400 film is referred to as a medium-speed film. This is most likely the optimal ISO setting for general use. It can work in both outdoor and indoor illumination settings. The site, however, is not suitable for harsh circumstances and is not ideal for specialist photography.

ISO 400 to 6400 is typical for high-speed films. These films provide you with a variety of options in low-light situations. Also, if you want to picture fast-moving subjects or capture the action, this ISO speed is ideal.

On the other hand, photos taken with the high-speed film will have substantially more grain. The bigger silver crystals in the band are responsible for the high grain. Because of the high ISO, these crystals attract more light and become more noticeable in the photograph. The higher the ISO setting, the more grain there will be in the images. 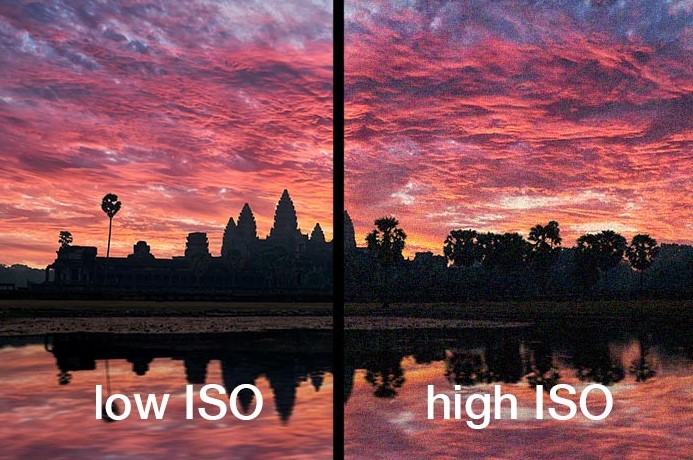 When choosing AUTO for ISO, the camera will determine the appropriate ISO for you. However, if you want to shoot higher-quality photos, I recommend manually increasing the ISO. Lowering the ISO allows you to capture pictures with more refined textures, which is great for when you want to capture high-quality shots.

Furthermore, lowering the ISO slows down the shutter speed. Thus a tripod is recommended to avoid blurring caused by hand movement.

How Can You Use ISO for Taking Better Photos?

When you take photos of fireworks in the summer, you may wonder, “Should I wait even though it’s dark?” Lowering the ISO is a good idea in this case. You can capture fireworks light trails by reducing the ISO and progressively slowing down the shutter speed.

The essential thing to remember is that a slow shutter speed isn’t necessarily a negative thing. You just need to keep your tripod close by for better stability.

On the other hand, increasing the ISO makes it easier to capture fast-moving objects in bright light. The subject would be hazy if you took this shot with the ISO set to AUTO. Use long exposure settings if you want the shutter speed to be slower than a certain threshold. 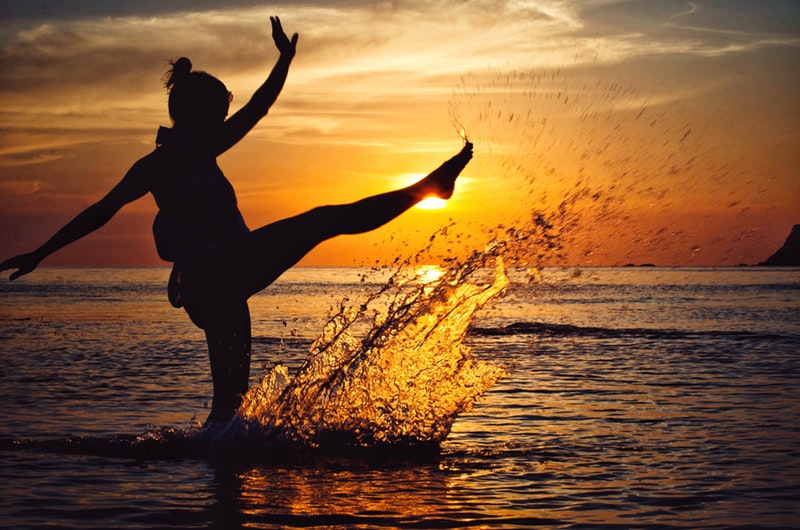 Sometimes you’ll have to photograph in low-light conditions in black water. For example, if you like carp fishing, this can help you get a better camera for carp fishing photos. Because the light levels are so low, your ISO must be adjusted quite high, between 3200 and 12,800 to obtain a quick enough shutter speed. As a result, employing a camera with low noise at that level, such as a full-frame camera.

The Benefits Of A Quicker Film

Using a quicker film has various advantages. The most crucial impact is on photographers as now they have a larger range of shutter speeds and apertures to choose from. For instance, an 400 ISO film requires 50% more light than a 200 ISO film. Thus when switching from ISO 200 to ISO 400 film, you may adjust the one-speed shutter quicker or close the aperture one stop.

What about other benefits?

There are several options available. A quicker shutter speed helps action photos minimize blur in action film through freeze motion. Similarly, film sets with low exposure may help with a camera held on a hand without requiring a tripod.

Moreover, you can acquire a greater field depth. The graininess of a super-fast film may lend mood to an image, hence increasing exposure latitude.

Disadvantages Of A Quicker Film

Apart from the many benefits discussed above, there are some drawbacks too.

A quicker film diminishes tonal gradation, an alternative way of implying how colors are generally weaker. Plus, pictures may seem grainier.

Faster films use bigger silver grains to make images compared to slower films. A collection of these silver grains composes the picture, and their greater sizes can occasionally be visible in a copy print. This type of print is believed to have a lower definition.

Many modern filmmakers have updated their quick films to make these qualities less noticeable. Slower-speed films, on the other hand, produce images that are sharper-looking, more color-saturated, and smoother-toned.

The slower film has a greater tone and sharpness than the faster film. Thus, a film with a slow speed is the greatest to use as it will still provide good aperture and shutter speed settings for every piece of work.

How to Use Film Speed Effectively in Photography?

ISO equivalency figures are the filmmaker’s suggested sensitivity settings, and they should be handled as a photographer’s modification starting point. However, ISO measure isn’t always precise in every circumstance.

What is the equivalent of film speed in digital cameras is also a crucial component in forming an effectual film speed.

For example, several photographers may enjoy the impacts of intentionally underexposing or overexposing a particular film.  And they will consistently shoot that film at contrasting sensitivity settings instead of the manufacturer’s suggested ISO number.

The effectual speed of a film differs from its manufacturer’s rated speed according to the photographer’s preference.

You’ll need a lot of experiments to determine a film’s effectual pace for your individual preferences. If you regularly adjust the light meter to the sensitivity rating of the manufacturer as indicated on the film canister or the packaging (some cameras can automatically do this with DX-encoded films), always ensure that you get properly exposed images.

Light Meters Should Be Calibrated For Various Film Speeds

For a guaranteed appropriate exposure, make sure that the light meter is adjusted to the speed of the film you’re using. Some automated cameras will perform this if you are using a film canister that is DX-encoded. In the film chamber of this camera (you are likely to have one if you bought it within the last few years) are electrical contacts that read the film’s speed, adjust it, and regulate the latitude of exposure and the approximate shots on the catalog.

If you doubt that your camera can read DX-encoded films, see your camera’s handbook or have a competent staff from a camera store examine it on your behalf.

If you are using old cameras that can’t read DX-encoded films, you need to adjust the speed of the film manually. Adjust the meter of your light to 100 for ISO 100 film. Numerous cameras might display the speed settings of the film in a different numbering system, such as the DIN numbers. For example, 100 ISO film has a DIN number of 21.

The film speed you choose will be determined by the lighting circumstances, whether your shots must halt an activity (rapid shutter speed) or display blur (slow shutter speed). Plus, the degree of depth of field you want in your image plays a role.

When taking photos inside without flash or on a darkly overcast day, use a fast film (ISO 400 or higher).

Use slower speed film on brilliantly gloomy or sunny days (ISO 100 or less). Under the heading Film speed characteristics, a more extensive examination of the properties and performance of various speeds of the film is presented.

Determining film speed or its equivalent is vital in photography to get the best output in any situation. But what is the equivalent of film speed in digital cameras?

I’ve mentioned all the essentials you need to know about ISO in photography. Now get going and apply the knowledge on your next snaps.