The thing is, you can use a disposable camera long after the film has expired as long as it is not exposed to harmful elements and kept in a good state.

What Is A Disposable Camera?

A disposable camera, often referred to as a single-use camera, is a type of camera that you can use only once. It consists of a fixed-focus lense and 35mm film that accommodates 23-27 exposures or clicks.

Disposable cameras were top-rated in the 80s until digital cameras and smartphones. The coming of disposable cameras ended the use of heavy and expensive cameras that were hung on the neck with rolls of films in the pocket.

These cameras made photography very relaxed and casual. You can drop the disposable camera in your pocket since it is incredibly light as you capture memorable moments with family and friends. It is cheap and small, making it a must-have for fun seekers and adventurers.

The good thing is that disposable cameras are making their way back into the photography scene. This, however, leaving a lot of people wondering about different aspects of a disposable camera.

Today, we’ll focus on whether these cameras expire and what to do with an expired disposable camera if they do.

How Long Do Disposable Cameras Take To Expire?

As explained earlier above, disposable cameras don’t expire. Only the film and the battery used for the flash expires.

The film can expire between two to three years of the date of manufacture. However, the film can still be good for the next five to six years if it is correctly stored without exposure to humidity and heat.

You have to understand that a film doesn’t just go wrong at once. The process is gradual. The film starts to be foggy, and then the contrast begins to fade.

What follows next is a colour shift. You may never notice a lot of difference with the film until after two or more years. 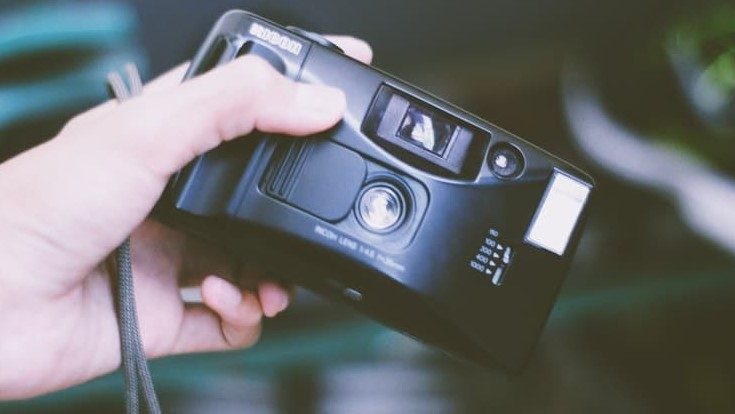 How Do You Know If Your Disposable Camera Is Expired?

You need to have at the back of your mind that a film generally expires two to three years after the manufactured date. The good thing is that the expiration date is always generous. 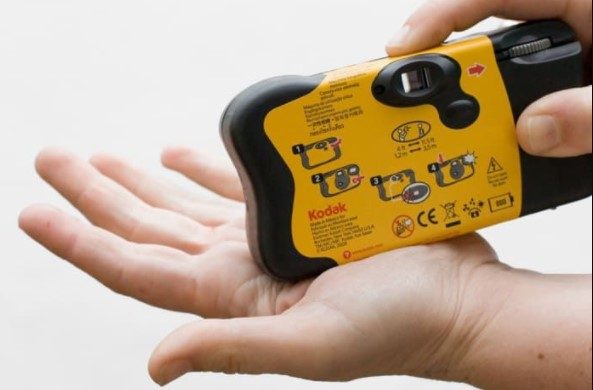 However, it is difficult to tell how long a film not printed with an expiration date has been staying on the store shelf.

But the film can still produce some decent results even five years after its expiration, except that the pictures may likely look grey after being processed and printed.

What Can You Do With Your Expired Disposable Camera?

Getting out your pictures from an old camera can be one of the best moments in photography. It brings old memories back to life.

What you can do with an expired disposable camera is to take out the films for development. Finishing, processing, and printing the photos months before the film’s expiration would save you from heartbreaks.

If the film is developed early enough before the date of expiration, there are chances that you will get quality pictures that can keep memories alive for many years to come.

But if the film is developed like three years after expiration, there is a possibility that photographs may be dull or look very poor. However, if the film has never been exposed to heat and humidity, there are chances that the photos would still look good.

What Can You Do To Prevent Disposable Camera From Expiring?

Here are a few methods you can follow to prevent the disposable camera film from expiring.

What you have to do when the film is approaching expiration is to develop the photos. You have to take the film to a lab, or somewhere the film can be processed and printed out.

If you don’t develop the pictures in the film for a while, you have to store the film in a cold, dark place.

Store the Film in Refrigerator

Another thing you can do with an expired disposable camera is to preserve the film and have it stored in a freezer or refrigerator.

Keeping the camera with the film in the refrigerator helps the film stay imperishable. It is like how you store perishable food in the fridge to stop it from getting spoilt.

Humidity and radiation are the main factors that can quicken the degradation of a film. Disposable camera film expires overtime when the chemicals in the film start losing potency and starts deteriorating.

At this point, the film begins to lose its contrast and sensitivity. Next, the film colours begin to lose their vibrancy, contrast begins to fade, and grain spreads.

The freezing of the film would typically negate its expiration date and help the photos retain their quality like the film was bought the same day.

Store the Batteries in a Refrigerator

The batteries of the disposable camera also expire, and freezing them can retard its spoilage. Also, an expired film kept at room temperature can perform better than a film that has exposure to sun and heat.

An expired disposable camera only refers to the expiration of the film and battery and not the camera itself.

The critical thing is to pay close attention to the film’s expiration date. Ensure that the film is developed well before the expiration date or two to three years after expiration. There is no guarantee that pictures can come out well after this period.

However, if you want the film to negate the effect of expiration, make sure it is refrigerated or frozen. It helps the film to retain its quality long after its expiration.

Also, don’t allow the film to be exposed to heat and humidity. Always keep it in a cool place or at room temperature if you don’t have a freezer or refrigerator.